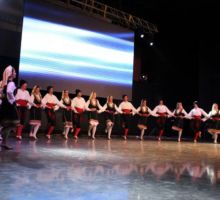 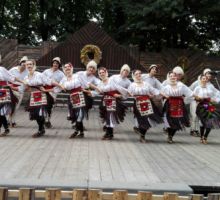 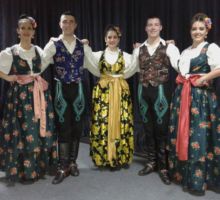 Art of culture society «Stevan Strbac» resides in Vrcin near Belgrade. Vrcin has over 15000   inhabitants, in which there are a lot of successful organizations. Culture Society is one of    most successful one.

Culture Society «Stevan Strbac» was founded in 1927 under a name Culture-education Community «Branko Radicevic» and it was well known in amateur theatres.

Since year 1945 works under a name «Stevan Strbac», by our member who died in  World war the second.

Today Community works under four folklore ensembles, native orchestra and other following sections,and has over 200 members.

On its repertoire the folk song and dance ensemble cherishes folk songs and dances of various peoples and nationalities of former Yugoslavia. Some of most wanted choreographies are «Set of dances from Serbia», «Vlah dances from eastern Serbia», «Cheerful Shopsko dances», «Nomads out dance», «Biljana wash cloth», «Dances from Macedonia», «Cheerful dances from Banat»…

Art of culture society «Stevan Strbac» has behind it self several hundred performances. Until now the ensemble has been awarded with many prizes and recognitions in many international folklore festivals.

Art of culture society «Stevan Strbac» from Vrcin will keep and spread culture tradition of Serbia and Balkan.